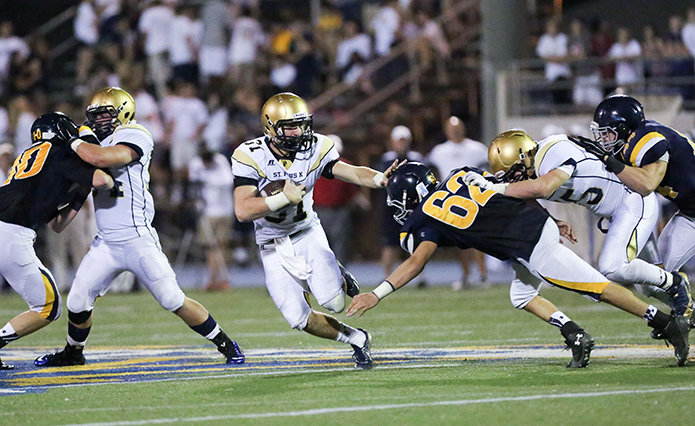 St. Pius running back Ransom Klinger (#31) stiff arms a Marist player as he runs through a hole created by the Pius offensive line.

The annual Fishbowl kicks off tonight at 7:30 when St. Pius hosts longtime rival Marist in one of the most highly anticipated football games of the season. As the Golden Lions prepare to defeat the War Eagles, we asked several players, students, and teachers questions about “Marist Week,” including their favorite memory from the 57-year historic rivalry and why it’s called “The Fishbowl.”