When it comes to social distancing, we're some of the worst offenders 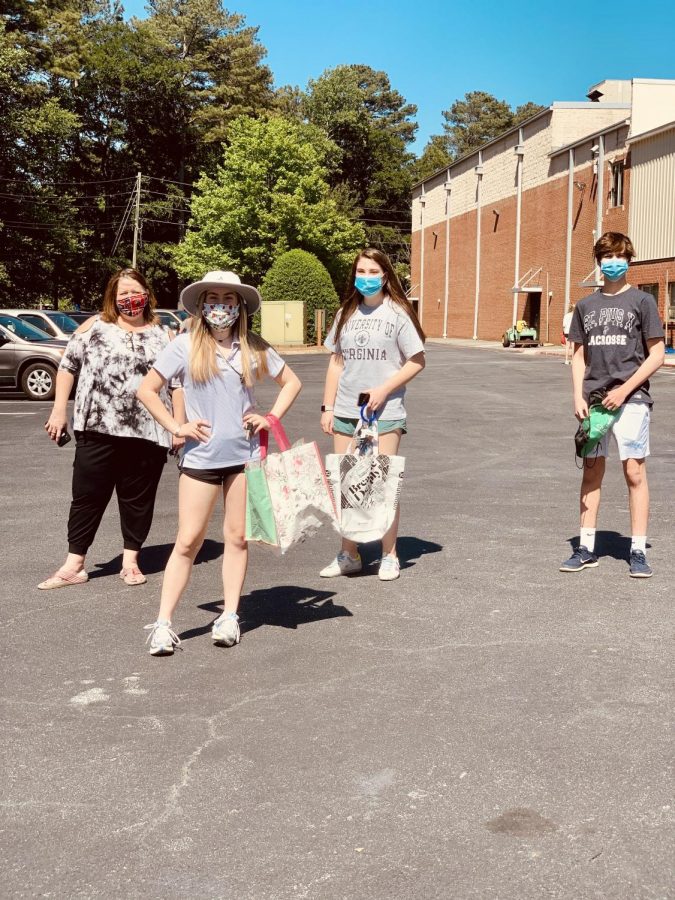 Unless you’re one of those uncontacted tribes in North Sentinel Island that throws spears at helicopters, you’ve heard about the dreadful COVID-19 that’s wreaked havoc across the globe for the past several months. However, a surprisingly large amount of people don’t actually know the first thing about the virus and have held onto theories that were proven false back in January.

Who is the biggest group left in the dark? Teenagers, probably because we spend more time on Snapchat and TikTok than paying attention to the news.

Ignorance among teens about topics such as politics and foregin relations is one thing, but not being informed about the coronavirus is actually dangerous to ourselves and those around us. It seems like every day new information is released about the virus and possible treatment options, so it’s understandable if we’re not up to date on every single detail, but we all need to make a better effort to have a minimum level of knowledge so that we can be more responsible citizens and do our part during this historic pandemic.

This starts with breaking free from the mindset that everything is basically fine and taking action is for other people. Fortunately, there’s a simple step we can all commit to doing immediately: practice social distancing.

Picture this: if you’re completely checked out of coronavirus coverage–not because you’ve already consumed too much and are sick of it but because you never really cared that much to begin with–you might think that social distancing is for old people and anxious, paranoid adults. You don’t feel sick so everything must be fine.

Buoyed by this blissful ignorance, you might decide to go to the lake for the weekend with your besties. A week later the symptoms of COVID-19 might kick in and two weeks later, uh oh, even though you didn’t even cough or sneeze around them, you just spread it to your friends who spread it to their parents, who brought it to coworkers or to someone in the supermarket, and eventually at some point down the line, infections among the healthiest part the population become life-threatening risks for the older population and the immunocompromised. Those infections could lead to midnight hospital visits, the constant hum of a respirator machine, and more bodies in the morgue.

All of it could have been easily avoided if you had just practiced social distancing.

I can already see everyone rolling their eyes at this scenario because something like that could never happen to us, right? We imagine death and devastation as something that happens to other people. Maybe, maybe not. This may sound like a bit of a grim example, but that doesn’t make it impossible.

One reason why so many teens don’t practice social distancing is because they assume that the virus “isn’t a big deal” and people are “overreacting.”

First of all, this global pandemic is a little bit of a big deal, honey. When was the last time you remember being in an apocalyptic scenario where you were forced to stay inside due to the fear of encountering something that could kill you, which could be waiting for you in an invisible cloud of air at places you go to every single day?

If medical logic doesn’t matter to you, how about the historic economic collapse countries all over the world are experiencing, including right here in the United States? Fighting for headlines each week with COVID-19 coverage are unprecedented unemployment figures. As of May 7, 33.5 million Americans filed for unemployment, and that number will keep climbing. Who knows what the future will hold, but what if the Great Depression gets renamed “World Depression I”?

Second, when young people say that this pandemic “isn’t a big deal,” what they really mean is that it isn’t a big deal for them. Not only have countless celebrities including Ariana Grande and Taylor Swift called out this selfish mindset, but also, once again, it’s just flat out wrong.

A few months ago, in the early stages of the coronavirus when there were still so many unknowns, many suspected that the only vulnerable demographics were senior citizens or those with underlying conditions that resulted in weaker immune systems. As  medical experts continue to learn more about the virus and study new data, though, it’s becoming clearer that even healthy young adults can end up on ventilators after catching the coronavirus and possibly even die.

Is it more likely to severely affect older populations? Yes. Are younger people immune to the virus and any complications that could lead to hospitalization or even death? No.

Another common misconception among teens is that if you don’t have a fever, you’re not coughing, and you feel totally fine you’ve got nothing to worry about because you’re not infected.

According to the World Health Organization, “The incubation period for COVID-19, which is the time between exposure to the virus (becoming infected) and symptom onset, is on average 5-6 days, however can be up to 14 days. Coronavirus is infectious during it’s two week incubation period—the period between where the virus is infectious but not symptomatic—as well as when it manifests itself with no symptoms at all.”

In other words, you could unknowingly have the virus and pass it on to others in a variety of ways, including breathing on them from less than six feet away or touching a surface that they then came in contact with soon after you. Here’s a frightening illustration to help you visualize just how easy it is for the virus to spread through the air.

Misinformation and inaccurate or misleading facts are rampant in the media, but here’s what we currently know to be true:

Many infected individuals are asymptomatic, meaning they can have the virus and spread it to others without ever knowing they’re sick
The elderly and those with underlying health conditions are more likely to die from the virus, but young people aren’t immune and can also suffer from serious complications that require hospitalization
The virus can very easily spread through the air or through touching common surfaces
Masks are not a substitute for practicing other easy health guidelines, such as social distancing and staying at home

Now, I better stop seeing Snapchat stories and Instagram posts of people hanging with their friends unless you can somehow master the ability to exist without taking even a single breath or touching a single surface. Also, while the drive-by parades and quick visits to a friend’s house are thoughtful, leaning into your friend’s car through an open window on the driver’s side is no different than sitting next to them on the couch, so resist the urge to do it.

Teenagers are known for their remarkable ability to sleep the day away and binge dozens of episodes of Netflix from sunup to sundown. We now finally have the perfect excuse to do all of those things and not be criticized for being lazy but instead be recognized for our common sense and responsibility.

And remember, we’re in the 21st century. We have access to innovations such as FaceTime, so staying in touch with friends is incredibly easy. The entirety of Europe during the Black Plague or Americans during the Spanish Flu outbreak in 1918 are disgusted with us right now because they didn’t have the same luxuries we do. Take advantage of technology and please, just stay home.