OPINION: Students debate which lunch period is best, but we all know there’s only one correct answer 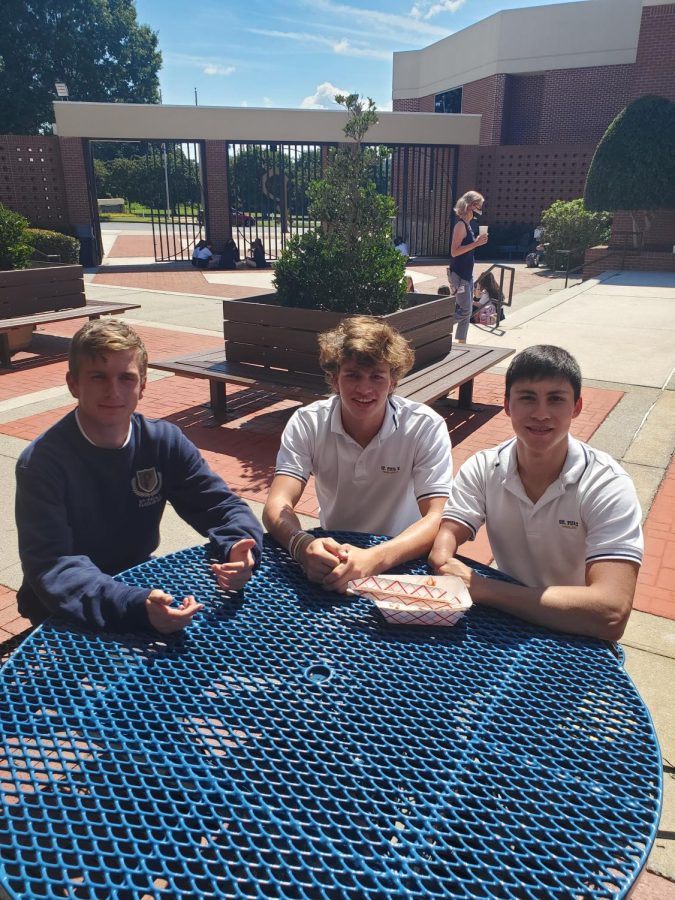 Students at St. Pius X eat lunch during three periods: fourth from 10:41-11:20 a.m., fifth from 11:33 a.m. – 12:20 p.m., and sixth from 12:25-1:12 p.m. When the course schedules come out in August and January, students are quick to check their lunch period and quickly form either a positive or negative opinion on their assigned lunch. There’s often discrepancy among the pros and cons of each period, but from a senior perspective, behold: an undisputed analysis of lunch periods at St. Pius.
Fourth Period Lunch
When students first open their schedules and see that they have fourth lunch, their feelings are all the same: dread and, disdain, followed by the obvious question, “Who schedules lunch for 10:30 a.m.?” Most students aren’t even awake by 10:30 a.m. on a weekend, let alone thinking about lunch. Eating lunch this early makes students antsy towards the end of the day and leaves athletes hungry before practice.

When I had my fourth lunch during my junior year, I would walk into the cafeteria not even feeling the least bit hungry, but by the later hours of the day, I would be starving for anything I could get my hands on. I didn’t enjoy eating lunch during the fourth period at all, and I’d give it an objective ranking of 2/10. Fourth lunch is truly devastating for students trying to navigate a difficult school year.
Fifth Period Lunch
If there’s one lunch that almost all students at St. Pius are happy about receiving when schedules are released, it’s fifth period. Fifth lunch is a perfect balance between the hustle and bustle of the morning hours and the drudgery of the afternoon. It allows students the opportunity to have a break by splitting the day in half, and doesn’t break up any normal eating habits like fourth lunch. It’s also not too late in the day, so students don’t have to worry about packing a snack or sneaking to the Roar Store during the day to quell their hunger.

I have fifth lunch this semester, and it’s nice having a chance to finish my morning classes, get a bite to eat, and then move on to finish strong at the end of the day. My experience with fifth lunch has been a positive one, so I will rate it a perfect 10/10. Fifth lunch is a balanced and respectable lunch period for all who are privileged enough to have it.
Sixth Period Lunch
Perhaps no lunch period at St. Pius is more controversial than sixth lunch. Students either love this lunch period or hate it. For some, sixth lunch allows students to get through a majority of their class periods and enjoy a short end of day schedule. These students are able to hold off on food until later in the day and have an easy ride to the finish, with only two periods after lunch before the final bell. For others, it’s a different story.

Some students find sixth lunch to be a hassle since it’s so late in the day. Waking up early for school with early or no breakfast for many students leaves this unfortunate group waiting six to seven hours in between meals. While this gap dismantles some students, others swear by it, making sixth lunch a debatable yet valid choice for best lunch. I’ve never had sixth lunch before, however given the facts and logic behind others’ opinions, I believe it is worth a very solid 8/10.

While students may disagree on the good and the bad of each lunch period, each student has their own opinion on which lunch is best. Some enjoy the earliest fourth period while others like the short end of day classes induced by sixth period. However, from the objective mind of a St. Pius senior, the best lunch is by far fifth period.