Contrary to popular belief, momentum doesn't affect the outcome of a game. Just ask the Falcons. 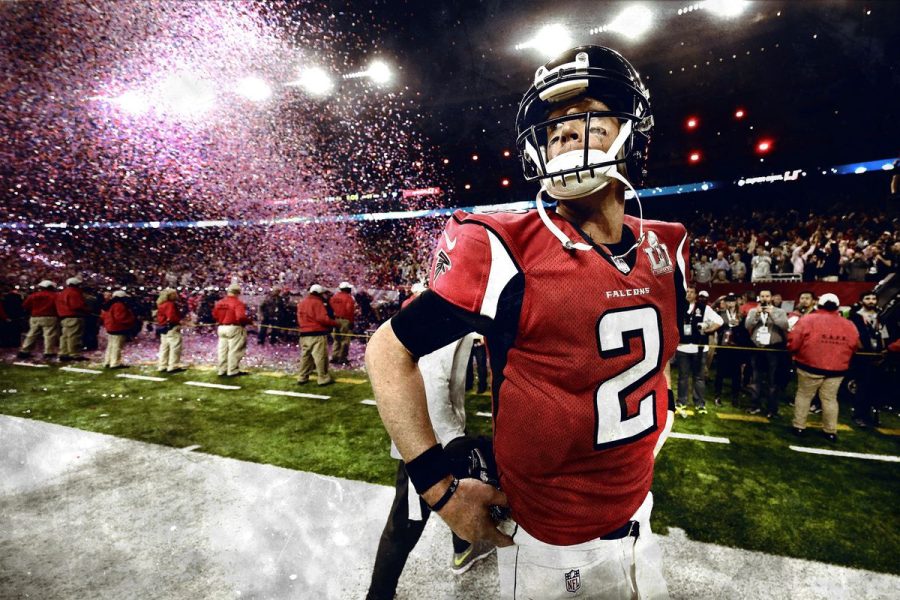 It is Super Bowl Sunday in 2017. The crowd is roaring, the sidelines are jumping, and the Atlanta Falcons have opened the second half of Super Bowl LI with a touchdown pass, extending their lead to 28-3. The Falcons have everything going for them as they playing a near-perfect football game.

When people refer to momentum in sports, they are likely talking about a psychological phenomenon that affects the play of athletes on the field, one that is widely accepted among athletes, coaches, and spectators alike.

“I’ve noticed it multiple times in games that I not just have coached, but also ones I’ve played in. Mental momentum is crucial,” said football and lacrosse coach Mr. Nick Brigham, who also played college football at Georgia Tech.

“Momentum in sports is when one team has a really big play, and it just keeps perpetuating over and over again,” said senior running back and linebacker Cam DeBose. “When one team gets multiple big plays back to back to back, their confidence is a lot higher versus the other team.”

Unfortunately for Coach Brigham and DeBose, their thinking is flawed.

Using momentum to explain the events of a game is cliché. Anyone who has ever read an article about a sporting event or listened to the commentators of a game has probably heard the term “momentum” when a team goes on a run. However, I don’t think the feeling of excitement you get after a big play has any impact on how the rest of the game goes because each event is independent of the others. Players and coaches may feel like everything will continue to go their way, but that feeling is all mental and does not mean much in the grand scheme of things.

That last statement probably sounds ridiculous to you because nearly everyone can point to a time when momentum had a major impact on the outcome of the game. Coach Brigham recalled a game against Georgia during his college football days.

“We were beating Georgia by 10 points before the half. They scored a touchdown right before halftime,” Coach Brigham said. “We were still winning but when we went into that locker room, every bit of momentum was with Georgia. We came out of the locker room and they smacked us in the second half.”

He explained that Georgia got confident through emotional momentum and Georgia Tech had their confidence stripped away, so the Bulldogs could not be stopped. DeBose spoke about the football team’s playoff game against Cartersville in 2020, which involved a similar situation.

Oftentimes when I talk to others about my philosophy on momentum, they remind me of the Super Bowl between the Falcons and the Patriots. They explain to me that the Falcons built their lead off of the momentum they had, but then lost the game as a result of losing that momentum. This mindset can be used to make the same argument for pretty much every single sporting event ever. I do not have this mindset, however. I think that when people talk about momentum, they use it as an easy way to explain random stretches of good or bad play.

Challenging my opinion on momentum, though, Coach Brigham asked me, “How do you explain these trends in sports where things keep going wrong or keep going right?”

I have pondered this question myself, and searching for answers led me to psychologists Joseph J. Williams and Thomas L. Griffiths at the University of California, Berkeley. I discovered that it is a well-documented scientific fact that human beings are awful at interpreting randomness. True randomness involves more long streaks than you would think. We naturally have the predisposition to interpret things in patterns.

As a result, I believe people have the tendency to believe in momentum because it gives an explanation for a trend of good or bad play. Instead of crediting these streaks to momentum, I believe the streaks are either caused by other elements of the game or are completely random.

Going back to Super Bowl LI, I would not say that the Falcons let victory slip away because they lost momentum. I don’t think it is a valid explanation for the defeat because there were so many other factors that played into it. When a team makes a big play, most people think that the energy generated by that moment fuels better performance by the players. However, what most people fail to realize is that the other team gets fired up as well, but in a different way. The threat of losing becomes more real, so they become more motivated to play well in hopes of getting a comeback going.

The Falcons suffered defeat not because they lost momentum, but because they made multiple mistakes and the Patriots did not. The Falcons’ defense was comfortable with their lead and became complacent as a result, allowing multiple Patriots touchdowns. Mohamed Sanu, a wide receiver on the Falcons at the time, reported that the Falcons players were celebrating in the locker room at halftime as if they had the game in the bag. Their excitement proved to be insignificant. The momentum that the Falcons had going into the locker room and coming out of the gate after halftime clearly did not mean anything.

When a team has momentum, it does not affect the outcome of the game because it isn’t actually doing anything to help the team. There are countless examples of when a team had momentum and did not capitalize on it. People say that momentum shifts all the time, but that doesn’t sound like momentum to me. It sounds like normal game flow, with each team experiencing its own ups and downs.

Also, if momentum is constantly shifting, is it really doing anything? Does it even matter if you don’t have it when you can easily get it back? If not, is it even a real thing that affects the outcome of the game? My answer to each of these questions is no.

I encourage anyone reading this to track the momentum of the next sporting event you watch. Keep track of times when a team has a lot of momentum, and then see if they end up winning. Notice how teams will fail to make big plays with momentum, but teams without momentum will. Try to predict how a team plays based on the momentum they supposedly have, and I can guarantee that you will be wrong a lot more than you think you will.