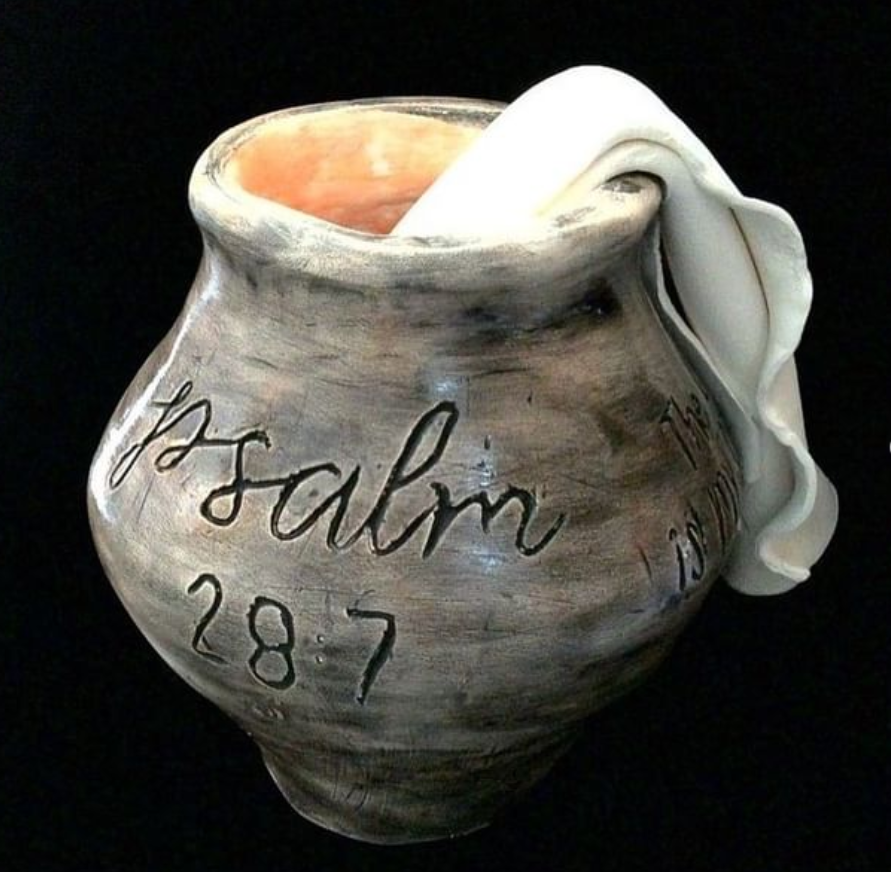 Four visual arts students were accepted into the 2021-2022 All-State Art Symposium last month: seniors Mary Claire Morrison and Kate Richardson, and  juniors Lily Perella and Liv Diaz. Out of an applicant pool of roughly 1600, they were among the top 100 pieces selected by a panel of judges. They also had the opportunity to attend in-person workshops hosted by Columbus State University on Friday, February 25.

According to their website, the All-State Art Symposium “is dedicated to promoting and recognizing the creative talents of high school students from Georgia’s school districts. The symposium’s workshops, juried exhibition and other events provide high school students with cultural opportunities, develop advanced studio skills, and cultivate aesthetic appreciation while recognizing excellence in high school art education.”

Diaz’s piece was a clay pot, Richardson’s was a painting, and Morrison’s and Perella’s were each a photograph.

“It didn’t take that long. I was able to do it all on a day out with my family,” Morrison said about her photo titled “The Cliffs.” Although she didn’t begin drawing until her freshman year, Morrison was already honing her skills as a visual artist from an early age.

“I got my first camera at 10 years old,” she said, and since then her passion continues to grow.

Perella, on the other hand, was more experienced with a paintbrush in hand instead of behind the lens of a camera, but you’d never know it based on her photograph titled “Galatea.”

“I have been doing art since 7th grade, mostly painting,” she explained. “I had to explore different photography for the contest.”

Both artists plan on minoring in art in college and will continue to pursue their crafts well into the future.