Organized by the Chess Club, the tournament is open to all students regardless of ability level 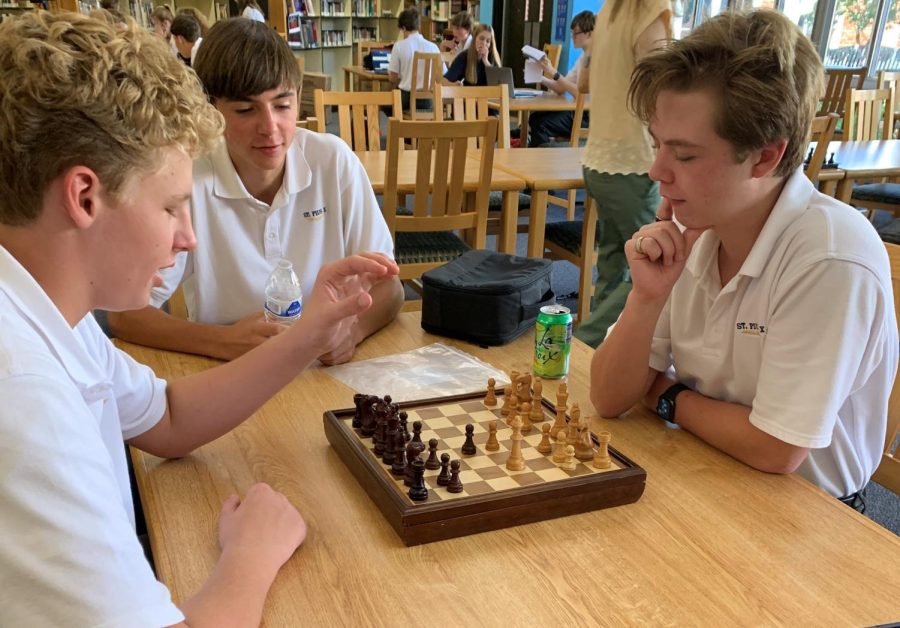 For the second year in a row, Chess Club co-presidents Jessica Truong and Catherine Schwartz, both juniors, will hold the St. Pius X Chess Tournament in the library February 28 – March 4.

No skill is needed to participate in this tournament, and Truong and Schwartz try their best to make this an enjoyable time without any real pressure.

“We try not to put the most experienced [players] with the less experienced,” Truong said.

Schwartz agreed, saying, “They [the tournaments] are not very intense. They are pretty low key. Personally I’m really bad, so you don’t need any experience.”

The tournament uses a bracket system, with winners advancing to the next round. Players typically compete in one 45-minute game a day, but if they want to do another one, they can stay after and play again.

“The winner goes on to the next level and we would have a round of winners every day of the week because it would usually go throughout the week,” Truong said.

Depending on your streak of wins, there are different levels of prizes that you can get from Sage Dining. Regardless of skill level, everyone is encouraged to participate because there is a great chance to win prizes.

“Last tournament, we had every single person get a prize from Sage, so we are probably going to do something like that again,” Truong said. “It’s not really a big commitment either. It’s kind of just like a little bit of time after school for one week.”

To sign up, scan the QR codes on the flyers posted above the water fountains, or you can email Truong or Schwartz. Students from prior years only have great things to say about the tournament.

Junior Jude McIntyre said, “It was fun. It’s pretty easy to win. There is a difference between very traditional and clever playing.”

Junior Rollen Williamson added, “It’s the only time to play chess because chess club doesn’t exist. Everybody else is pretty easy [to play].”

If you are looking for something fun to do this week, stop by the library and get your chess game on!