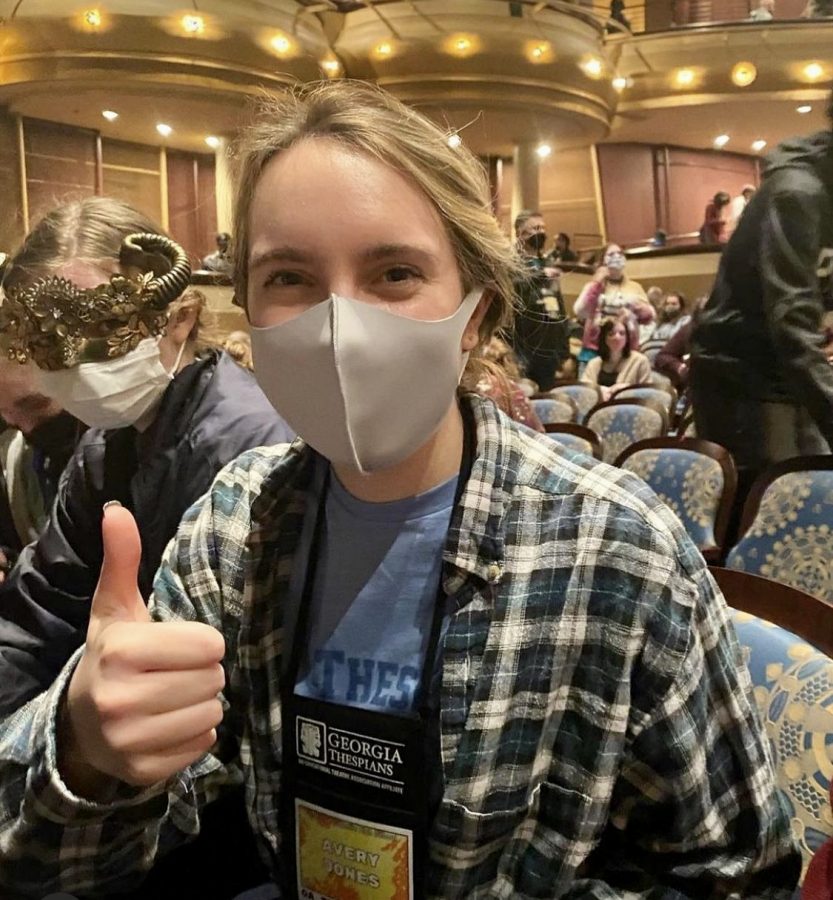 The St. Pius X Thespian Society attended the 2022 Georgia Thespian Conference in Columbus, Georgia, February 3-5. The Thespian Conference, or ThesCon for short, is a three-day event featuring numerous presentations by high school students in Georgia. With over 5,000 student performers, it is a great experience including workshops, clinics, and tech demos.

The International Thespian Society is an honor society for both high school and middle schoolers sharing a love for theater. The St. Pius Thespian Society meets once a month, where they do activities such as improv games and service projects. Thespian Society members needed to be fully inducted to be eligible to attend ThesCon. Being fully inducted requires members to receive 10 points which they earn from participating in shows, whether than be acting, working tech crew, or ushering at school theatre productions.

At ThesCon, students enjoyed listening to guest artists who came and taught different workshops, including dance, writing, puppetry, and improv. They also watched performances from other high schools throughout the state.

“The stage combat workshop was my favorite, where you learn how to fight without actually touching the other person while still making it look real. That was really fun,” said senior Nina Dolt.

In addition to the workshops, ThesCon was a great way for students to meet other high schoolers across Georgia who share similar interests. Additionally, different college vendors were available to talk to about the theater programs at their respective schools.

“We made pins and exchanged our pins with other students’ pins, which was a big way that we met others,” said Dolt.

Here are some of the group’s achievements from the weekend:

The troupe was recognized as a Gold Honor Troupe
Junior Avery Jones’ film “The Accident” was selected for a showing at the Film Festival
Sophomore Logan Yates and sophomore Amelia Gerdes directed and wrote our Freestyle Festival performance of “5 Stages”
Sophomore Shawn Smith was received an All-Star Award for the Improv Challenge
The troupe earned one Superior and four Excellent ratings for their Solo Acting, Solo Musical, Group Musical performances